Take Your Squishable to Work Day

Yesterday was Take Your Squishy to Work day, and for those of you who might read this and not know what that means, it means I took 81 and friends to work.  Oh, and it was for charity.  According to the Squishable.com site, they have this special day once a year and use it as an excuse to have a lot of fun and donate to charity.  This year, they’re donating to Dress for Success.  For every picture sent to them, they will donate $1.00 up to $1,000 total, and I’m sure they got there.

I’ve mentioned before that I clean at night.  Well, my job just took a dump and I’m now only cleaning 2 nights a week.  It sucks.  So if anyone is hiring, please shoot me a line.  In the meantime, Wednesdays I pretty much clean alone.  It’s a 4 hour job, and it can drag on, or get gross, (see an old facebook status update ify ou really want to know,) and I will jump at any opportunity to have a little fun, even if it means I take 4.5 hours to do a 4 hour job.

When I read about the event, and realized it fell on a night I worked, I told 81 he was going with me.  The others sat there and waited for me to tell them they were too, but 81 is my blogging squishy so I was only going totake him.  However, when I explained that this would be 81 at Work for Charity, the others practically attacked me.  They insisted that if this was for charity then they wanted in on it too.  So, last night, we piled into the car and headed off to work 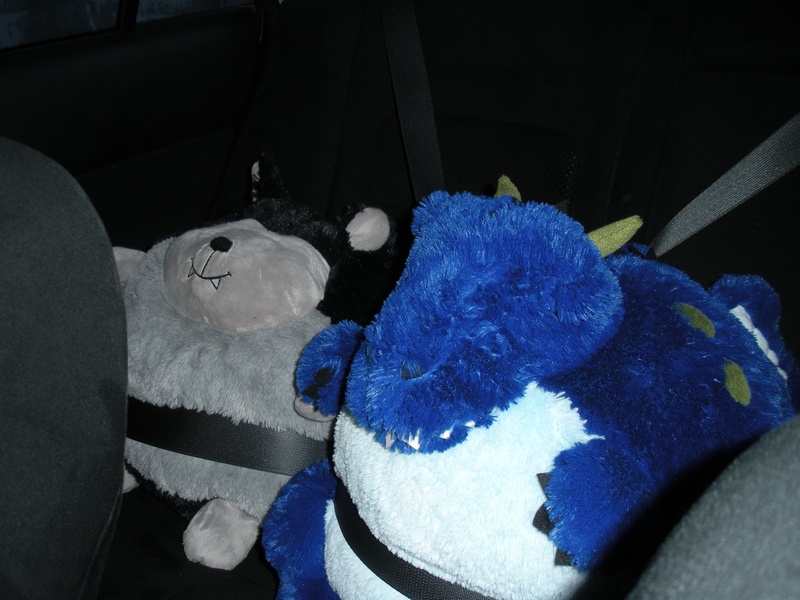 We had a great road trip.  Simon and Garfunkle played on the radio, (myCD,) and the traffic was good.  81 wantedto ride the HoV lane, but I was sure the cops wouldn’t really consider the 4squishables in my car actual occupants, so I abstained.  That is until I saw the sign that said, not acash amount, but open! So the open road, slightly faster than the other traffic(HoV is not an excuse to speed,) and we were really on our way. 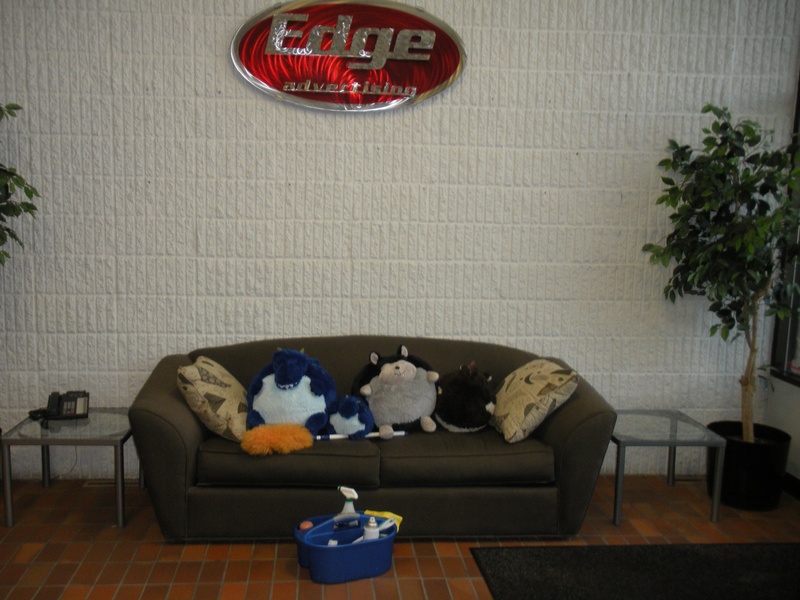 They were excited to get to work.  Once there, they sat patiently waiting their turns.  I have a routine, so it really was just a matter of fitting them in. First, I stock the bathrooms and empty the women’s “special” trash, and yeah, there were a few stalls that needed it. But, carrying paper towels and toilet paper is heavy work for a Squishable.  Also, while in my supply area, I fill the mop bucket.  I decided Cerulean, being a big strong dragon, was the best choice for this part. 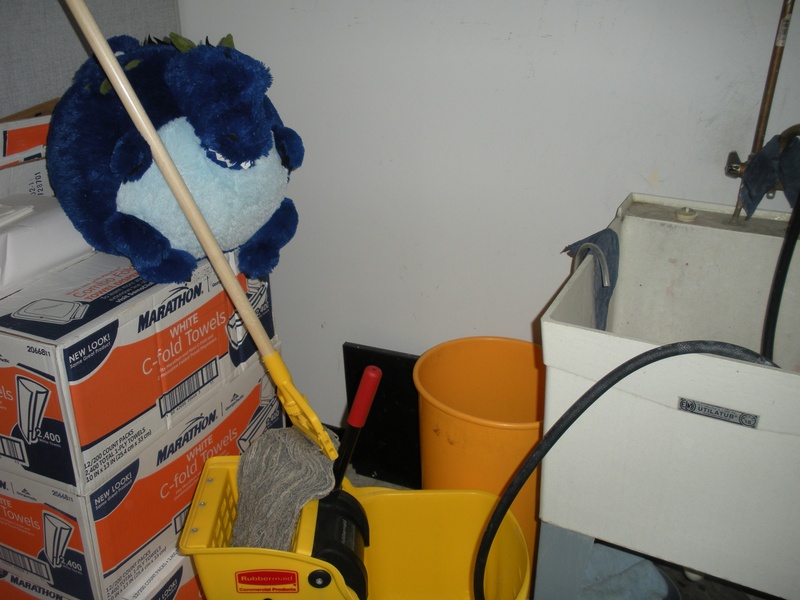 Then I go through the whole place and empty the trash.  This includes every desk, and some of these people don’t really know what a trash can is for, the kitchen and break room and all 4 bathrooms.  The only problem with this part, is that this is not an accessible building.  There is no elevator.  Anyway, it was early yet and Justin wanted to help before his bedtime, so I took him trashing with me. 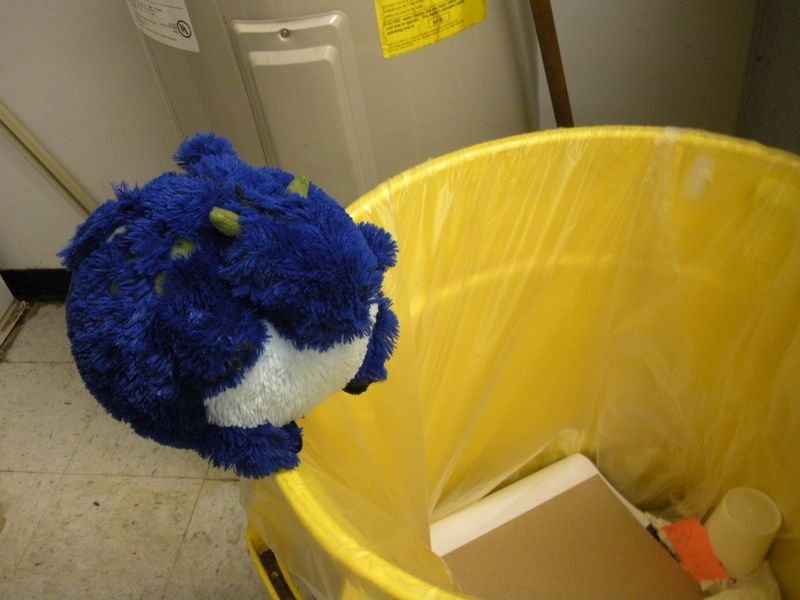 Poor thing, he had such a good time trashing (he even sat on a bike) that he got tired out. Cerulean took her baby and they waited the rest of the evening in the car.  After trashing, I clean the bathrooms and the break rooms.  Knowing this is a tougher job that takes hands, I took Tuesday with me. 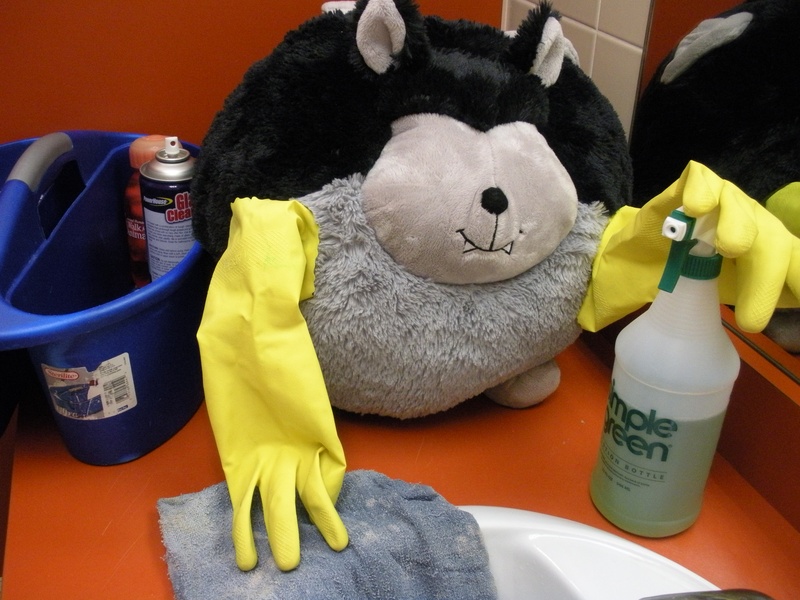 He was really excited to give the job a try and hecleaned the counter nicely.  I didn’t lethim try cleaning the toilets, though he was ready to.  Instead, I let him try mopping a bit once theroom was clean.  In the break room, hereally took the job seriously and practically stuffed himself in the microwaveto get it clean.  After the main floorwas done, it was time to go upstairs.  Idon’t have a vacuum in my car, so I left that part to my boss.  On the way upstairs, I mop the front entryand the stairs.  Here is where I took81.  He tried to mop the stairs.  He also tried to trash.  In the end, he was best suited for taking abreak. 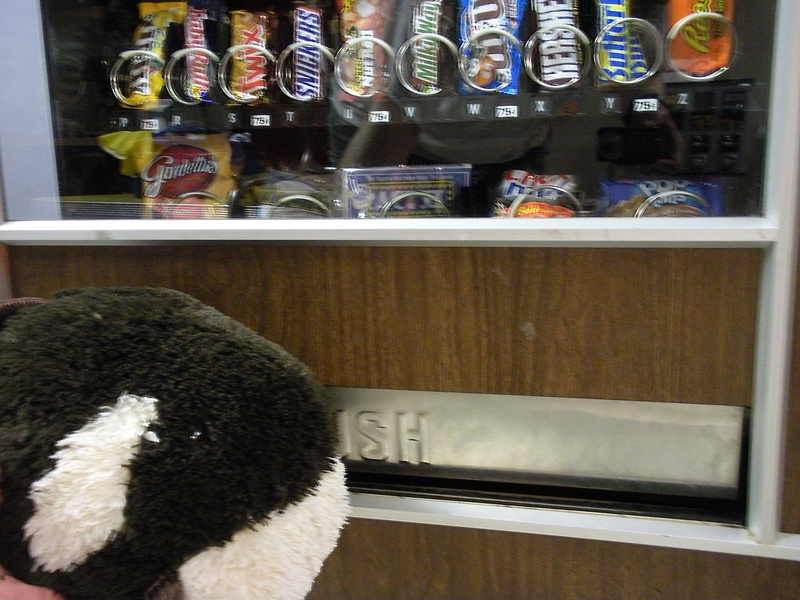 By the time we were done cleaning, my boss finallyshowed up with the vacuum.  By then, mySquishables were tired and ready to go home, so I left my boss to finish up andtook them home. 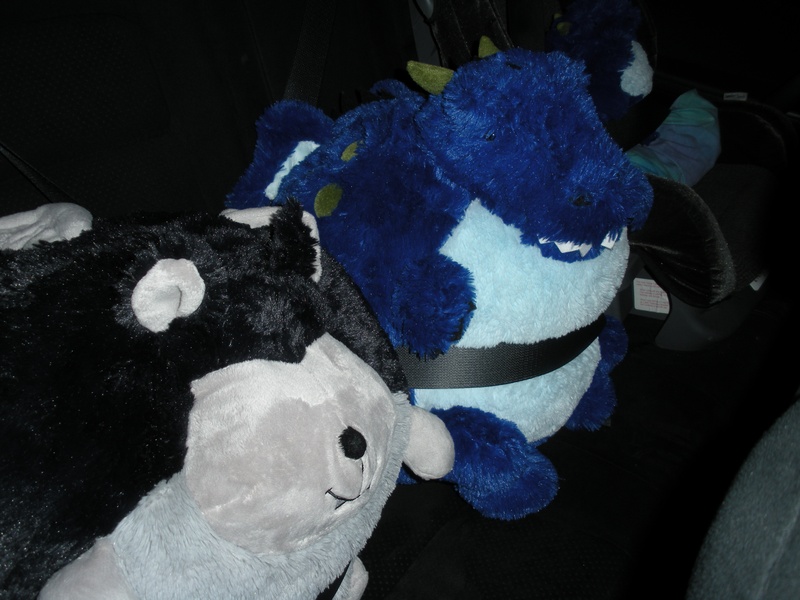 The night went well.  But then, after putting a few pictures up onSquishable’s facebook page, my phone rang. It woke my husband and my daughter. By this time it was near 1:00 am. My boss left his phone in Edge! And I have the only key.  I did not wake my Squishables, not even 81, but with the promise of an added hour, I headed back out and let my boss back in to get his phone.  All in all, I got to bed about 2:00 am.  Quite a long night, but oh so much fun.  They’ve already told me, the Squishables have, that next year they want to do it again.

Thank you, Squishable.com for running this.  It was great.